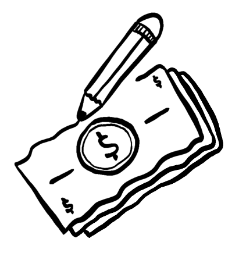 The situation:
Mark and Angela were no doubt in a similar position to many — they came to us needing some taxes done for their rental property and contracting income.

At the same time, they were both wondering how to get ahead financially. They had decent incomes, but were spending slightly too much (but nothing out of control).

Nothing was drastically wrong, they just knew they could do more than they were. Especially if they wanted a comfortable retirement.

For them, it was a matter of being pointed in a direction towards that comfortable retirement.

Our first step was to gain an understanding of their spending. Some of it was good, some of it was not. From there, we worked to define their non-negotiable spends were, and to create a budget they could stick to.

Mark and Angela initially viewed 'budgeting' as a negative word. With time, however, they were able to view it as a Spending Plan that allowed them to spend appropriately, rather than taking away their ability to spend.

After their Spending Plan was created, we took a look at their property. They had a modest family home in addition to a rental property. Neither was going to give them the cash they needed for that comfortable retirement.

This is where their Spending Plan helped, however. With their new-found excess cash, coupled with the equity in their properties (and a great mortgage broker), they were able to buy another rental property.

Using a plan to snowball their property holdings, they've now got a plan to move towards that comfortable retirement.

A few words from Angela:

Before working with Convex Accounting Chartered Accountants, I'd say we were ok with money. Maybe a 6 or 7 out of 10.

Since working with them though we're 10 out of 10.

They haven't stopped us spending on our 'non-negotiables', and we still take the holidays we want to take.

They have though given us a plan for the future. We know what our property portfolio could look, when to buy, and how to pay down debt effectively.

Now the plan we came up with is ours. At the same time though we couldn't have come up with it without working with Convex Accounting.

I never hesitate in recommend them to any of my friends of family.

< back to Case Studies & Testimonials